Skip to content
The EditorSeptember 18, 2010 Mission News No Comments 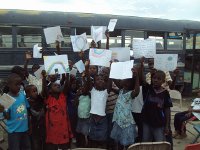 His team; your teamates

Greetings to you in the name of Our Great God and Savior: JESUS CHRIST!

I praise My God for all the workers at Living Water: Men and women who give themselves up to God to make things happen here. These men and women walk shamelessly and tirelessly the extra miles to be a blessing to others.

For example, at the Junior Church we have nine dedicated people who are serving the kids joyfully and they do it whenever they find the opportunity. Some of them are in college such as Jackson, Elson, Guerda.  Others are in high school like Cherline, Junior, and Remilus, Samuel has just completed high school.  We have Robin who is a father of two and Mrs Jean Gilles who is a mother of two. They make up His team at Junior Church and they are your teamates. For many of the things that they are able to do with those kids, they do them because you have played your part as a player. 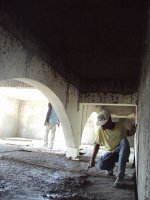 In the delivrance ministry we also have a team.  Some of the names that we have just mentioned are on this team also. Jackson, Junior, Mrs. Jean Gilles, and Samuel are part of the delivrance ministry team.  Some are more involved than others. This team is led by brother Jean Gilles. Yesterday he had a full day, and a day of unbelievable victory for the King of kings. Again, these teamates of yours are able to continue  just because you have played your part.

Let me illustrate. A month ago, Remilus had a terrible fever.  In a few days he lost the little weight that he had. He became very weak. Upon hearing of that the leaders of Living Water sent him to see a private doctor where they would treat him. Yes, they did and now he is back to work for the Lord again. What could have happened to him? The same Remilus left high school for several years and now, since he has been part of our team, he has been back to school the last two years and not having to pay a dime.  He shows himself to be worthy of all the help that he could get for his education. 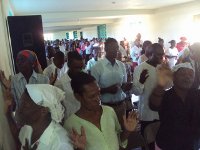 Two weeks ago we had six baptism, mostly young adults, but also a couple of adults. One of those new believers is Maritane. She is in her early 20’s and in the 10th grade in our school. She lost both her father and mother because they were not Christians and got killed by the evil spirits. Maritane accepted Christ recently. Since then the evil spirits keep making life difficult for her. They wanted her to become a witch doctor, but she decided otherwise. She is now a daugther of the King. The fourth picture is of Maritane a few minutes after she was baptized.  You can see the river and her climbing the mound to return to the main road where she will take a tap-tap along with the other people to return in town. Please pray for Maritane.

We praise the Lord because of you our teamates. When we started to build the dining hall we did not know what the Lord was going to do. Well since then, he sent several teamates to contribute to its progress. Just this week one of our supporting churches in the far north has generously and sacrificially sent a gift to facilitate the progress of the dining hall. Praise be to Our King and Coach. These funds will speed up the progress.  We will need other teamates to join us in getting the remaining funds to finish the project. 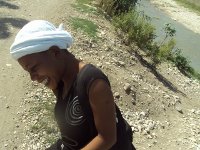 Maritane is free though persecuted

We have experiencing special challenges this year with the school. We have had more requests than we can handle.  We had to turn down many, many kids. Some left discouraged and disheartened.  Others even cried. I mean literally cried. There are two major reasons: Funds to pay more teacher’s salaries and additional classrooms.

Almost two weeks ago, in one of our leadership meetings, our leaders decided to cut their salaries for the month of September to contribute to the construction of two additional classrooms in order to accomodate more students. I appreciate the sacrifice made by my other teamates to enable the education of more students. While their sacrifice has not solved the problem, it will allow us to take a few more students. It is certainly a heartbreaking thing to turn down students who badly want to have a good education. This year we will have three 7th grades, two 8th grades and two 10th grades. In the 7th grade only we will have over 150 students. Just imagine!

We need your continuous prayers, specially as Living Water continues to grow.

I have included: a photo of some of the children at Living Water holding cards from teamates in the US; a photo of the progress of the first level of the dining hall; a photo of last Sunday’s first worship service; Maritane. The last photo is of Samuel playing keyboard for the junior worship. Sam is part of the Adolphes family. Pray for Sam and our other graduates who need to enter College.

My friends and teamates, thanks to you. Thanks specially to all those who pray for Living Water and for me. 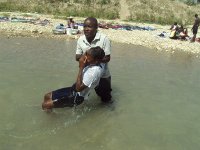 Now she is a princess 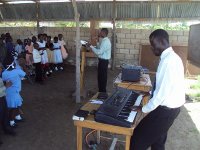