Skip to content
The EditorMay 23, 2014 Mission News No Comments 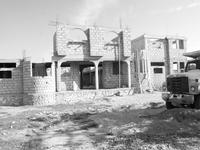 Greetings to you in His name!

I want you all to know that I am in the USA, in case you did not know. I have had the privilege to see many of you in the last few days. There were so many of you that I was not able to see everyone. Next time, Lord willing!

In this newsletter I want to take a brief look at the past in order to appreciate some of God’s wonders in the last years.

Nine months ago we broke ground on the transitional church building. We had roughly 5,000 USD to work with. In the last few months our friends have donated over 90,000 toward this building. Over 100,000 USD have already been invested in the construction. We have collected special offerings for the building and we have used some of the general funds for the construction. 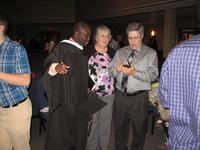 Looking back and seeing what God has done in those few months, we bow down before HIM in worship to give Him praise and honor. Pray for the progress of the construction as we are tackling the western side of the building. We will add a second floor. First we will pour concrete on the roof of the first floor, and eventually build walls on it, etc. The first photo should give you an idea about it.

I believe it was seven or eight years ago when Jack Sumption went to Living Water for the first time. He and my younger brother, Luke, (I say younger for my sake) started a Paul-Timothy relationship. Since then, Jack and Stephanie Sumption have become mother and father to Luke. 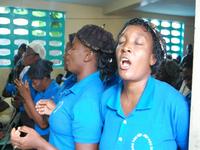 Under their leadership, First Christian Church of Memphis has taken a great interest in Luke. They have invested many hours and thousands of dollars along with their friends. They have offered many, many prayers to the Father so Luke could come to the States for training for the ministry. Consequently, in January 2008, Luke enrolled in Central. After several years of studies he earned a Bachelor degree. Then he went to Cincinnati Christian University, where 8 days ago, he was crowned with a Masters Degree. Incredible!

Looking back I see what God has been doing. Being part of the Kingdom of God is great. We give HIM praise and honor. I humbly thank everyone who has wrestled with my then little turtle to put him on the pole he is on now. 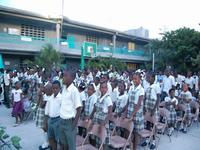 Students Praising God at the 11th Anniversary of their school

I am thinking about people like Professor Gareth Reese, Tom and Pam VanJura, Jeff and Val Heberlein, John and Bonnie Furniss, and all those who spoiled him thru the years, and who have never stopped fixing him brownies. Thanks to all of you.

I want to remind you that we have a long way to go. We have more churches to plant, more schools to start, radio station(s) to launch, colleges to establish. In brief, we have a country to win. We serve the same God. Let us continue to lean on HIM and trust HIM.