Skip to content
The EditorNovember 25, 2010 Mission News No Comments 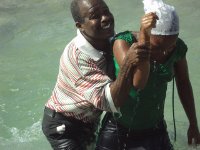 Let us Give thanks to GOD during this Thanksgiving

Greetings to you in HIS name!

Today is a special day in the United States of America. It is “Thanksgiving.” I am always enamored by the practices of the early Americans. I say “early,” because some of the present day Americans have drifted away from the great Godly heritages they have. It is unfortunate. The constitution reveals the devotion of the founding fathers of America. The pledge of Allegiance tells whom they want ultimately to be the leader of their country.

The thanksgiving declaration, as it was given by George Washington, can give you goose bump as you read it. We see how twenty first century America has departed from the original plan. I thank God for United States of America. I thank God for the Americans who have not bowed before Baal. I thank God for those who pray for another Great Awakening/Great revival in America. 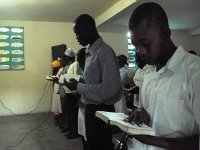 I am shifting gears now. All of you know what kind of a year 2010 has been for Haiti. Well, I thank God for those people who stepped in to help Haiti during and after the earthquake. I thank God for those survivors of the quake who surrendered their lives to HIM. I thank God because, in spite of everything that is going on in Haiti, He is still Our God and our Deliverer.

I thank God for His bountiful blessings bestowed on Living Water. I will name a few more things for which I am thankful: 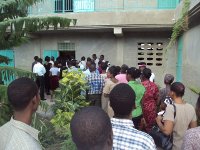 I have so many reasons to be thankful that I could make this list much longer, but I am stopping. Finally I thank God for you, because reading this news says that you are taking an active part in the harvest.

In everything, give thanks.

In Christ,
Salonique Adolphe and team 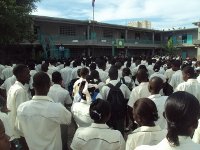 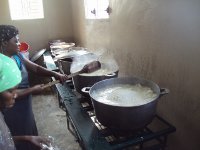 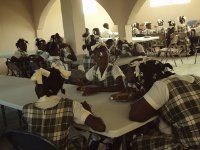 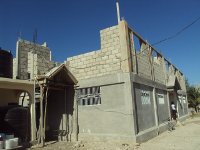