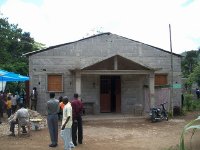 Our Church building in Marmelade

In April of 2009 Living Water launched a new church in Marmelade. It is about a two hour drive east from the original church in Gonaives. Marmelade is in a more rural setting than Gonaives and many of the people there have been heavily influenced by Voodoo. 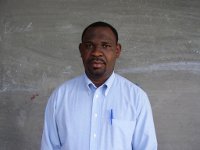 Ezechiel Prophète has been the minister there since the church was started. Ezechiel was originally from Marmelade before moving to Living Water to work. He knows the people in Marmelade and their challenges very well. Through his efforts, and those of his fellow workers, the young church has made it through several difficult years.

The attendance at this young church has grown from the first few converts in 2009 to almost 200 in 2012. They continue to hold revivals from time to time to strengthen the faith of their members and to encourage other townspeople to join the church. 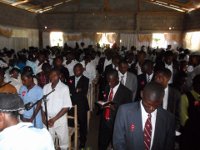 The church began with a lot of support from Living Water. Many members in the Gonaives church traveled to Marmelade to help with the construction of the church building and to evangelize in Marmelade to acquaint people with the new church. From time to time people still travel from Gonaives to Marmelade to preach or teach or sing for the congregation there.

The church building in Marmelade is also used during the week to provide an elementary school for the townspeople. With God’s help they hope to provide classes for more grades in the future as funds become available.

Please pray for the continued spiritual growth of this young church as they continue to battle the influences of Voodoo and other forces that threaten their church family.